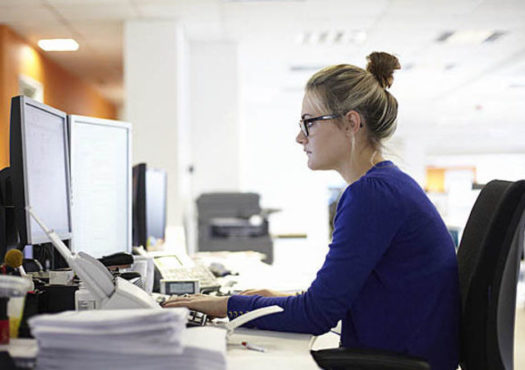 Are you sitting too much?

Most of us know that being active is good for our health. But more evidence is emerging that even if you exercise regularly, spending a lot of time sitting down can be bad for you.

Stuart Biddle, Professor of Physical Activity and Health, based at the BHF National Centre in Loughborough, explains:

“We sit too much, and research suggests that this is not very good for us. The poor health effects from too much sitting are separate from whether you are physically active or not. They are separate behaviours in the same way that smoking is different from diet. People who spend long periods of time sitting have been found to have higher rates of diabetes, cardiovascular disease and death from all causes. This was originally thought to be because those people were more likely to be obese. But there is now evidence that even if you’re not overweight, sedentary behaviour can still put you at greater risk”.

Sedentary behaviour refers to a group of behaviours that occur when sitting or lying down while awake and that typically require low energy expenditure. Examples include sitting while at work, home or school; watching television; using a computer; reading; sitting while socialising with friends or family; and sitting in a car or bus.

“Sitting for long periods is also associated with poor mental health, such as depression (although it can be difficult to separate cause and effect), and that people feel their minds are working better when they sit less”.

Current Department of Health guidelines say we should reduce the time we spend sitting.

“There are two issues,” says Professor Biddle. “One is how long you sit for throughout the day, and we want to reduce that time. The second is how often you break up that sitting, and that is quite important. We are not saying you mustn’t sit down – that would be nonsense. But when you are sitting down for long periods, try to break it up. A common sense rule of thumb is to get up for five minutes every half hour.”

Why not try some of these suggestions to break up your sitting time at home:

Why not try some of these suggestions to help you sit less and move more during your working day:

Building these small changes into your working day will help reduce sitting time and encourage you to move more.

For more ideas on how to sit less, move more and stay active throughout your working day, take a look at this short video from Kent Sport – why not try some of these ideas with a colleague?

Reference: Are you Sitting too much? by Sarah Brealey, BHF Heart Matters Magazine.

Get fit for free – outdoor gyms

Get fit for free – trim trail

Get fit for free – geocaching

Join the Movement have put together a summary to help you to better understand the government’s latest advice on how to stay physically active.

How much is enough?

Want to know how much physical activity you should be doing? Read our guidelines to find out more.

Check out these tips for staying active during your workday

Read more about "Stay Active at Work"Save this item

Swap a journey for active travel

Kent Connected’s ambition is to improve your journeys in Kent. They are passionate about saving you time and money all the while helping to improve the environment and your health...

So you’re looking to build more movement into your everyday life? Taking those first steps, and then making a habit of it, are two of the hardest parts. You don’t...

Read more about "Get active, stay active"Save this item

Get our free app

It only takes seconds to install and it won’t take up space on your phone.

Install our app on your iOS device

To install our web app on your iOS device, follow the simple steps below: